Catch of the Day

From the commercial fishing fleet

For almost a century, commercial fishing was a mainstay of the Anacortes economy. In the 1950s, the Puget Sound fishing fleet packed the marina stem to stern, enjoying the city's amenities and its convenient access to island and Alaskan waters. Anacortes still boasts a working waterfront of commercial activity along Cap Sante's A, B, and T docks. Retrofitted older boats and multi-tasking new vessels today are berthed alongside modern oil response, service, and whale-watching boats.

Tribal fishermen are among those continuing the fishing traditions integral to their culture. The 1974 Boldt Decision, upheld by the U.S. Supreme Court, recognized the tribes' right to 50% of the salmon harvest, based on 19th-century treaties.

Though commercial fishing is now a smaller part of the local economy, the lifestyle it preserves remains central to the character of Anacortes.

"Both sides have a right, secured by treaty, to take a fair share of the available fish."

Dungeness crab and spot prawns are locally prized. Both are most often caught in baited traps, or pots. Traps are dropped off, marked by a buoy, and later retrieved by a line hauler on a davit. Watch for commercial fishermen loading huge stacks of pots onto their boats. 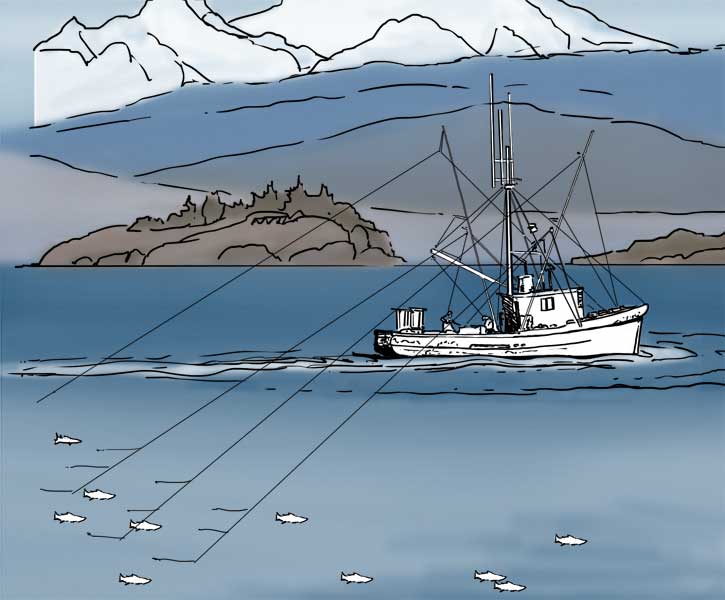 Among the smaller commercial vessels, trollers hang weighted lines with lures or baited hooks from tall, outrigger poles extending mid-ship. Traveling slowly, they troll for salmon in Alaska and along the Pacific West Coast. Unlike net fishing, this eco-friendly harvest method avoids catching unintended fish or other marine species. 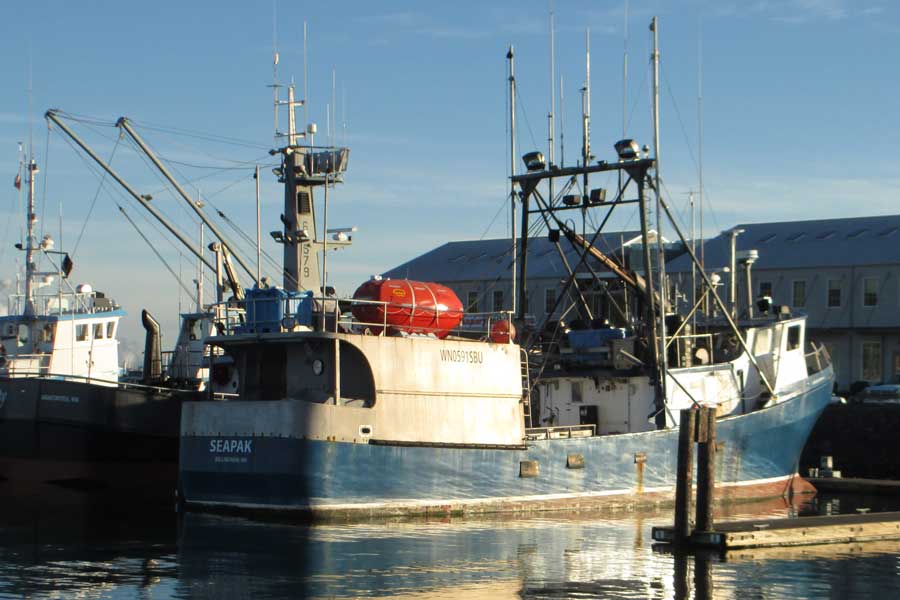 The marina's largest boats, longliners bottom fish in Alaska for halibut or black cod. A stern "baiting shed" protects the crew from the weather. The boat drops anchors, connected by ground lines strung with multiple leaders and baited hooks. Lines are pulled after 12–24 hours and the catch refrigerated onboard. 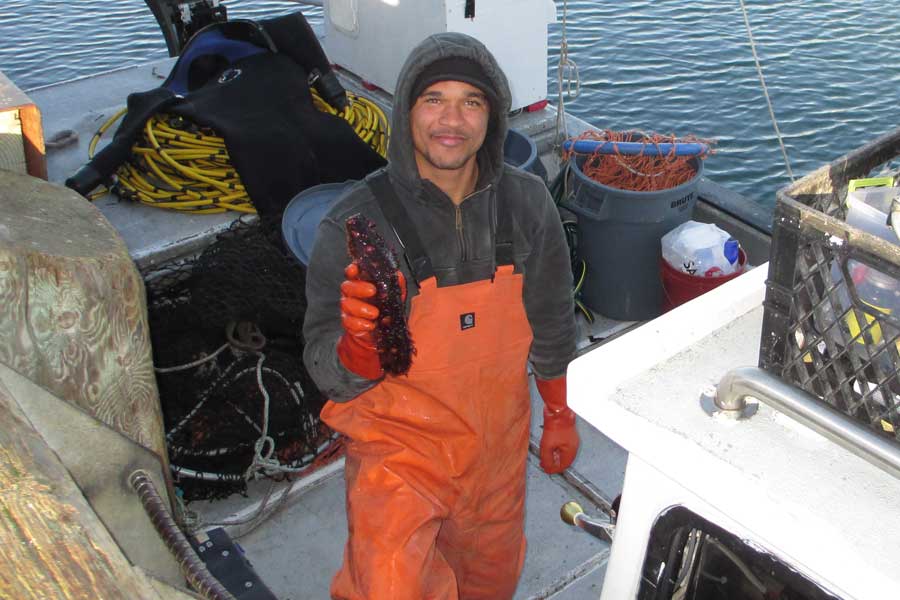 Divers harvest sea cucumbers and sea urchins by hand from small dive boats equipped with onboard hoses and compressors. Marine invertebrates are prized ingredients in Asian cuisine and lauded for medicinal and other benefits. Watch for this catch being loaded into refrigerated trucks.