The prominent rocky headland across the marina is perhaps the most notable—and enduring—feature of Fidalgo Bay, claiming a special place in local geologic and cultural history. Land on Cap Sante, as the headland became known, was among the 186 acres purchased in 1877 by Anacortes founder Amos Bowman, who built a store and the city's first post office nearby. The peninsula originally was separated from downtown by a marsh. Fourth Street was the first to be filled in, affording safe access to an area where children romped freely and adults enjoyed viewpoints, picnics, and pageants.

Recognizing its recreational and ecological value, the city acquired Cap Sante summit in 1903 for a park. Homes now dot the hillside, while picnickers, visitors, and photographers are drawn to the rocky beaches, lush forest, and expansive views from the open summit.

No longer an island 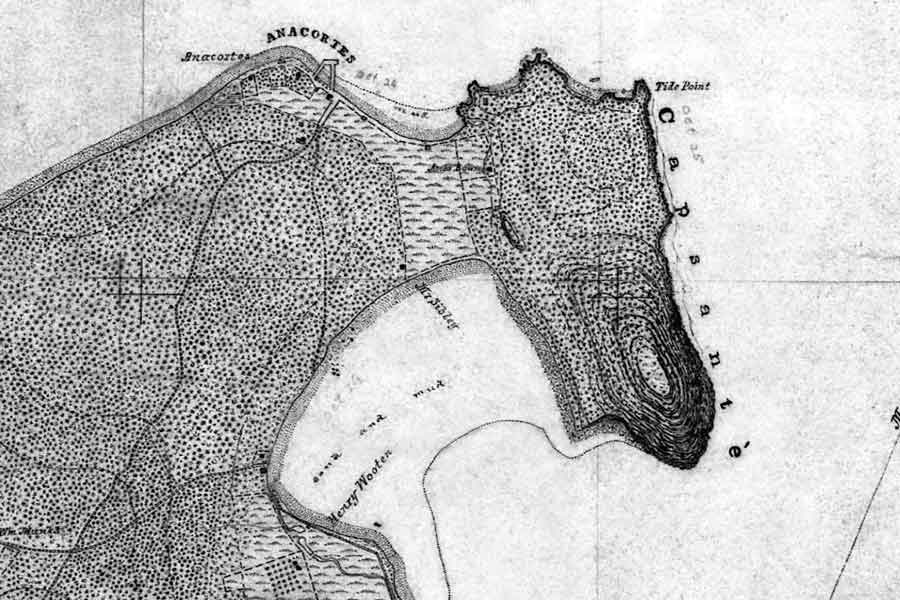 As recently as 1900, Cap Sante was a "high tide island," separated from Fidalgo by a marsh running from the marina to Guemes Channel. An early report called it "the finest 'duck pasture' in the world." Before the marsh was filled in for development in 1896, a "motor bridge" linked Cap Sante to downtown at 10th Street. 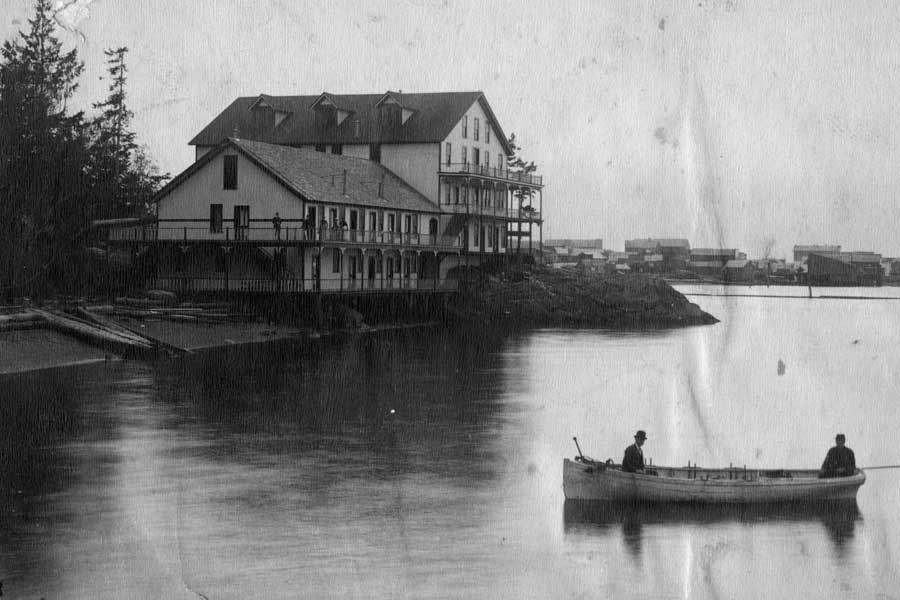 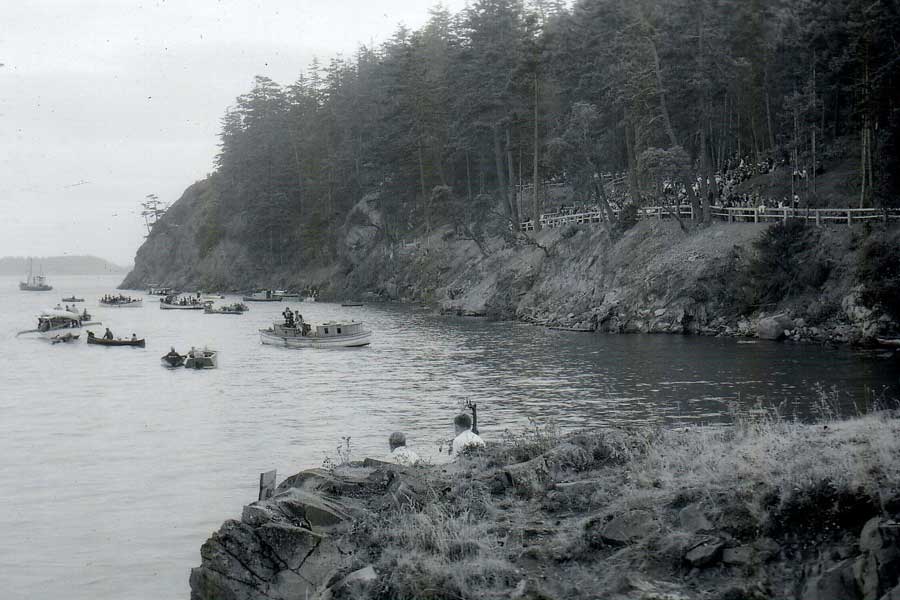 Cap Sante had long been a destination for settlers' picnics and outings when its 37-acres were purchased by the city in 1903. Part of the Bowman family's original holdings, the summit property was acquired for $100 from Melville Curtis (brother of Anne Curtis Bowman), with the express purpose it be preserved as a park.

Best seat in the house 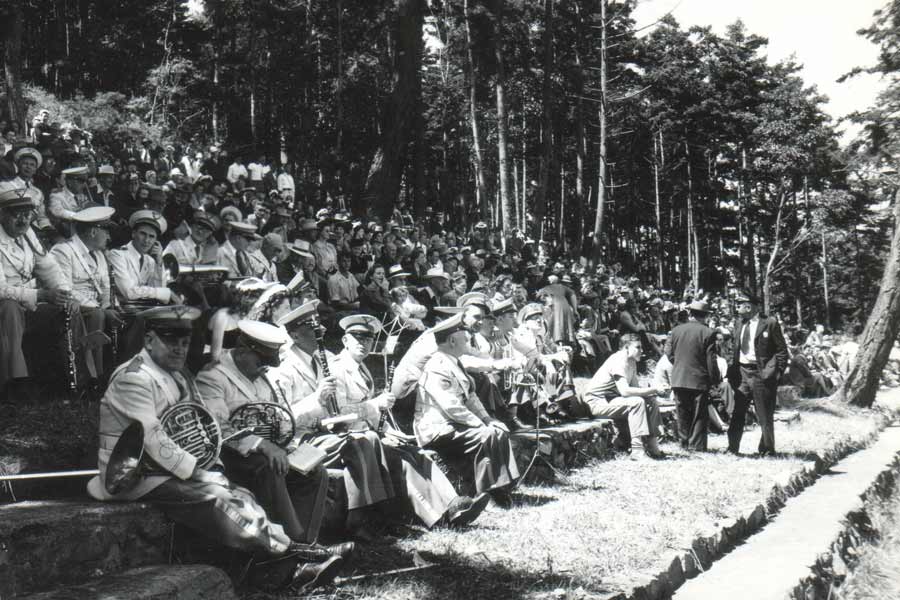 Marine Stadium, built into the east side of Cap Sante headland in 1938, provided spectacular views of boating exhibitions during Marineers' Pageants on Fidalgo Bay. The rock amphitheater was a Works Project Administration (WPA) undertaking, one of many nationwide that provided welcome jobs during the Great Depression.

For unique geology and expansive views from Cap Sante summit, take 4th Street to its east end, then follow the "Viewpoint" sign. Alternately, hike up from Rotary Park on the marina's eastern shore. 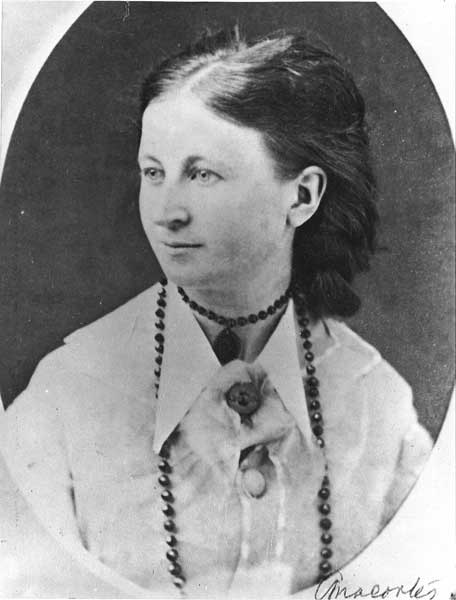 Briefly referred to as The Portage, then as Rocky Point, Cap Sante's present name was bestowed in 1877 by Anne Bowman, wife of Anacortes founder Amos Bowman. The headland reminded her of Cap-Santé (French for "Cape Health"), a rocky promontory overlooking the St. Lawrence River in Quebec, Canada, where Anne spent much of her childhood.