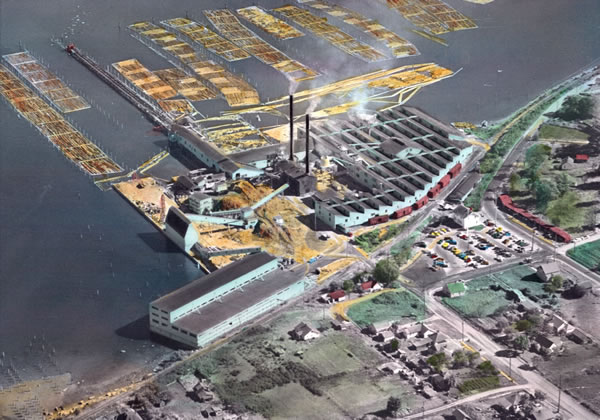 This was Anacortes Veneer—one of the foremost plywood mills in the nation. The whine of its lathes and pungent scent of glue marked the grand finale of lumber processing in Anacortes.

Beginning in 1892, a succession of mills sawed lumber and trim, as well as shingles, box parts, wooden water pipes, and plywood. Over the next 100 years, competition, fires, market shifts, and changing technology led to the closure of some mills and the launch of others.

The rise and fall of these mills reflect the dreams and disappointments, talents and triumphs of three generations of Anacortes residents carving a life out of the rugged Pacific Northwest.

When, on Sunday morning, November 29, 1992, the plywood mill disappeared in flames, it was, for many, like losing a member of the family. The mechanized Cooperative Shingle Mill (1892–c.1897) was state of the art compared to early settlers’ hand-split shakes. An abundance of rot-resistant Western red cedar enabled the mill to ship shingles by the railcar and boatload to cities across the nation. 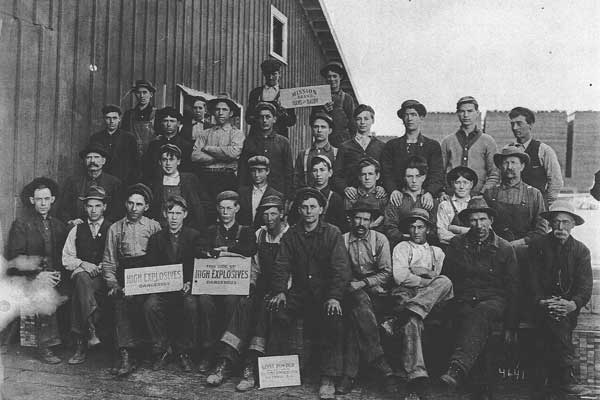 By 1925, local box mills employed over 700 men making box “shooks”— the small boards assembled at their destination into wooden crates. Crates were used to transport everything from fruits, vegetables, eggs, canned and manufactured goods, and even dynamite. Local citizens purchased $1,000 shares to create a worker-owned cooperative, Anacortes Veneer, and helped rescue the city from the Great Depression. The company, later called Custom Plywood, covered 34 acres along Fidalgo Bay. The structure extended on pilings over the water, allowing floating logs to be hoisted directly into the plant.

“Rumors of shingle mills fill the air and all the people say Amen. The [railroad] sidetrack into the Cooperative Shingle Mill has been completed.”