...Along the Pacific Flyway

Birds find fertile and varied habitat in and around Fidalgo Bay 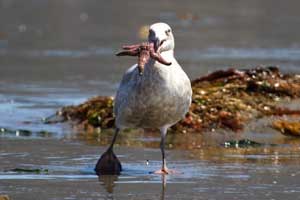 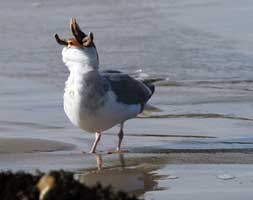 The waters, tidelands, marshes, and fields around you offer rich and productive habitats, nurseries, and sources of food for resident and part-time bird populations.

Fidalgo Bay boasts some 200 species of birds. Many reside here year round. Some stay for a season. Others are transitory visitors, migrating through here via the Pacific Flyway, a chain of critical, resource-rich habitats that enable birds to travel - sometimes thousands of miles - to and from ecosystems and climates favorable to feeding, breeding, and raising their young.

Undeveloped shorelines and riparian zones provide nurturing environments for the avian link in this interconnected web of life. As habitats elsewhere decline, the quality and integrity of local ecosystems are increasingly important to the health and diversity of coastal bird populations. 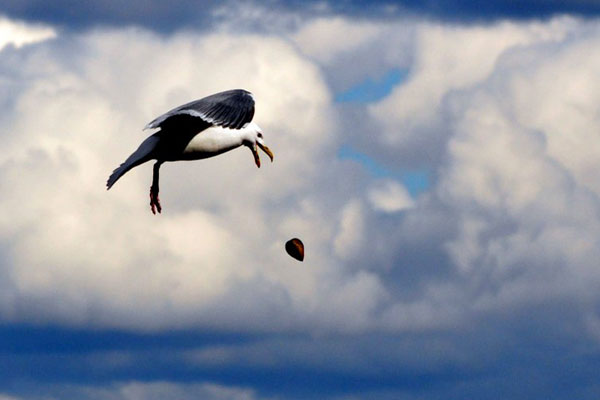 The most common year-round bird on the bay, this large gray and white gull is distinguished by its yellow bill with a red spot. It plucks clams from the mudflats during low tide, dropping them on rocks or pavement to break them open and access the tender morsels inside. 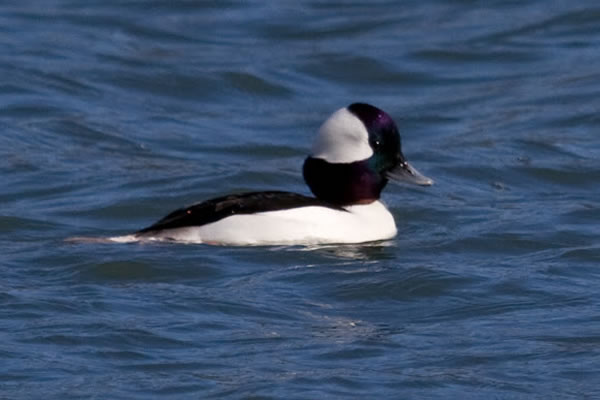 Identify this small diving duck by its large round head with a white patch. It winters here on fresh and salt waters, dining on protein-rich shrimp, mollusks, and fish. It nests north and inland, using a tree cavity bored out by a sharp-beaked flicker. 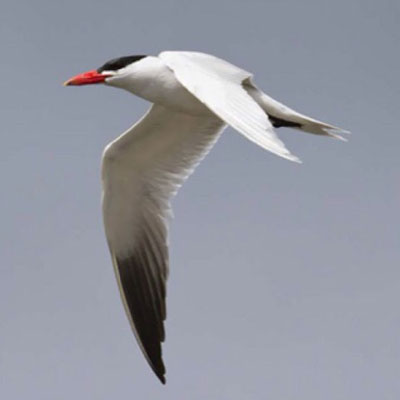 Though declining in much of the world, the Caspian Tern thrives here. Watch these big, noisy summer residents fly to and fro, beak and eyes pointing down. The terns hover, then plunge into the bay. Suddenly, they spring back into the air, perhaps grasping a herring, smelt, or sand lance in their beak. 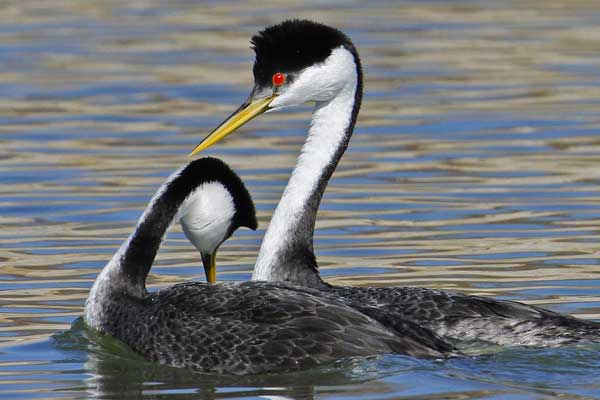 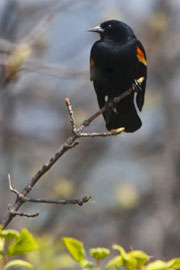