The Tides of Commerce 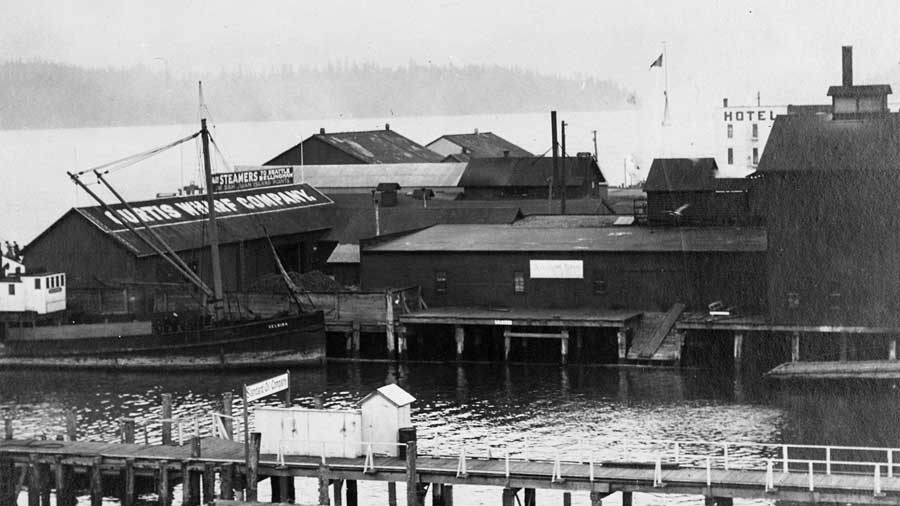 First traveled by European explorers in 1791, the swift, navigable channel between Fidalgo and Guemes islands has long been the heart of the Anacortes working waterfront. Guemes Channel's deep, natural harbor ignited the Anacortes dream of developing a major northwest maritime terminal. Ultimately served by only a single rail line, the waterfront still became the nexus of local commerce, expediting the flow of goods to and from the city. By the early 1900s, the busy shoreline hosted lumber mills, salmon canneries, ferry landings, and small fishing and workboats. Curtis Wharf, at the north end of O Avenue, housed a variety of shoreline businesses. 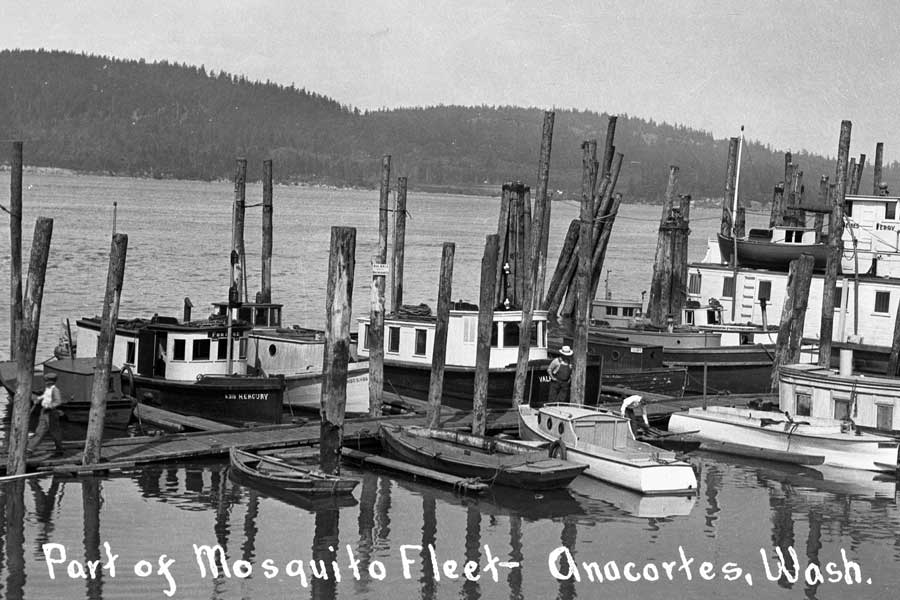 Until the 1920s, the City Float was home to the first ferry to Guemes Island and to the local convoy of small wooden fishing and work craft known as the "Mosquito Fleet." Float owner Harry Rickaby also built and rented boats. Many vessels moved to the safety of Cap Sante basin after it was dredged in 1926. 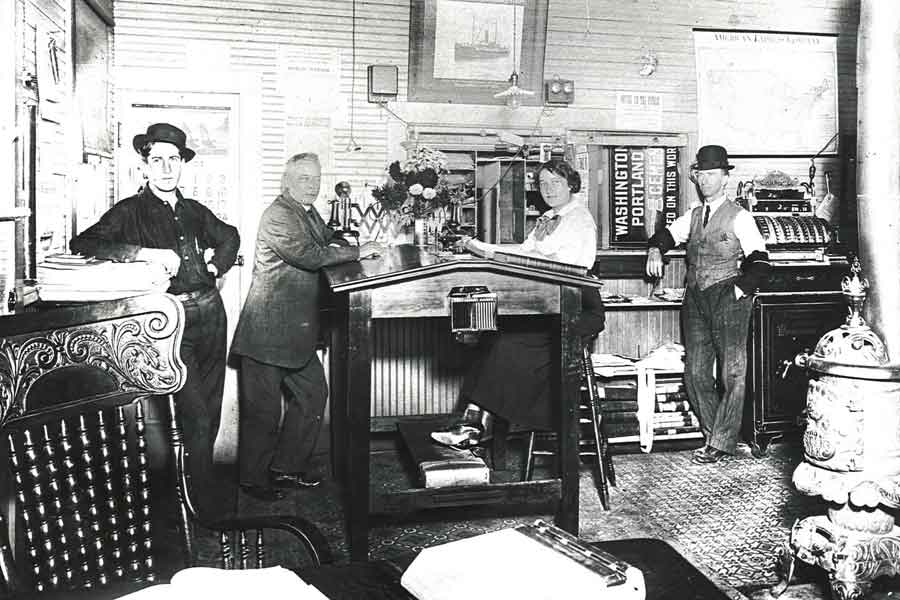 Melville Curtis (second-from-left, above) built a dock in 1905 for his coal, building supply, and ice companies. The wharf, adjacent to the Standard Oil terminal, also housed American Express and passenger vessel landings. Today, a pier bearing the "Curtis Wharf" name is an international terminal for staging cargo and docking large ships.

Since 1890, a ferry dock on Guemes Channel (now at 6th St. and I Ave.) has provided a valuable mainland link for islanders. The Guemes–Anacortes run opened in 1912. From 1923 to 1960, Guemes Channel docks served the San Juan Islands and Sidney, B.C., runs before those routes relocated west to the Washington State Ferry Terminal. 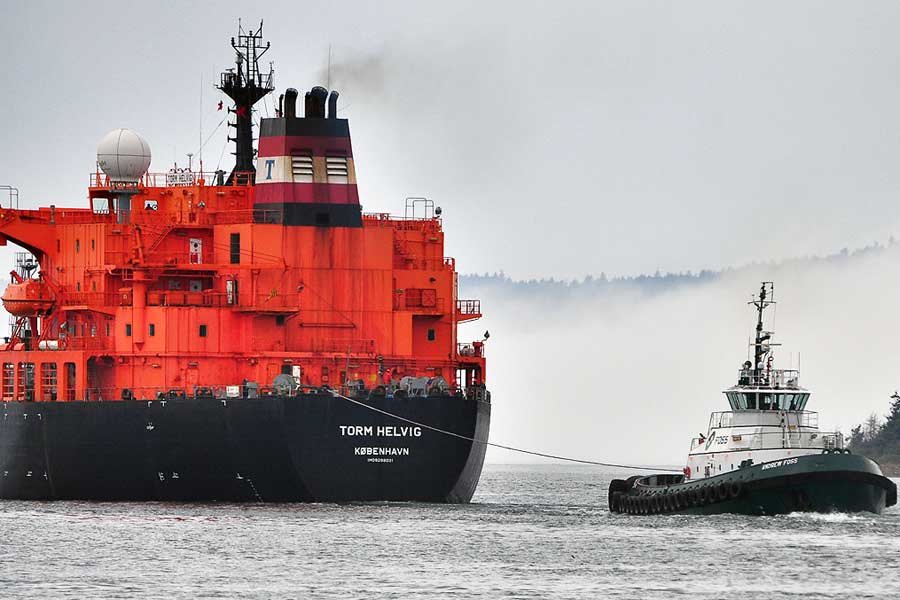 Massive tug-flanked tankers travel Guemes Channel on their way to nearby refineries. Pleasure and work boats cruise by toward safe harbor in Fidalgo Bay, and sometimes intrepid swimmers brave the channel current, following in the footsteps of Betty Lowman, who swam across in 1928 at age 14.