Learning from the past to shape a healthier future

New settlers, however, saw opportunity in cutting trees for building materials, dredging and filling tidal wetlands, and armoring the shore.

Modern understanding of the value of coastal habitats calls us to preserve and restore shorelines that nurture the food web and protect against storm damage and rising sea levels. 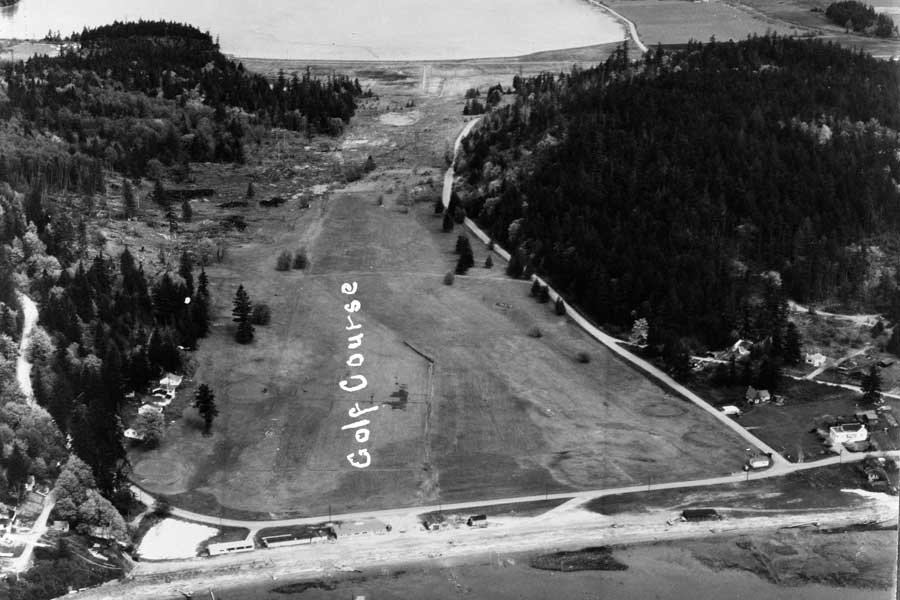 Fidalgo Island was once knit to the mainland by extensive marshes, cut by channels of the Skagit River delta. The marshland, as well as a portage between Fidalgo and Similk bays (now a golf course), was drained and filled for farmland. Swinomish Channel is now spanned by Berentsen Bridge and regularly dredged for boat passage. 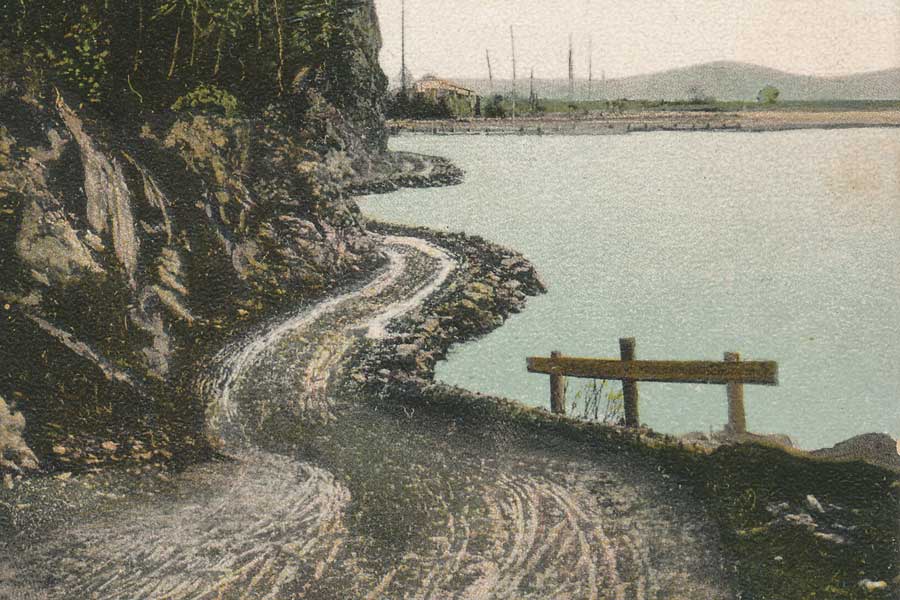 In the 1890s, the south shore of Fidalgo Bay was blasted, filled, and lined with rock for a rail line and road. This disrupted the natural flow of sediment from the adjacent bluff that replenished Weaverling Spit's north beach. To maintain the beach for recreation and habitat, members of the Samish tribe, today, must repeatedly add new material. 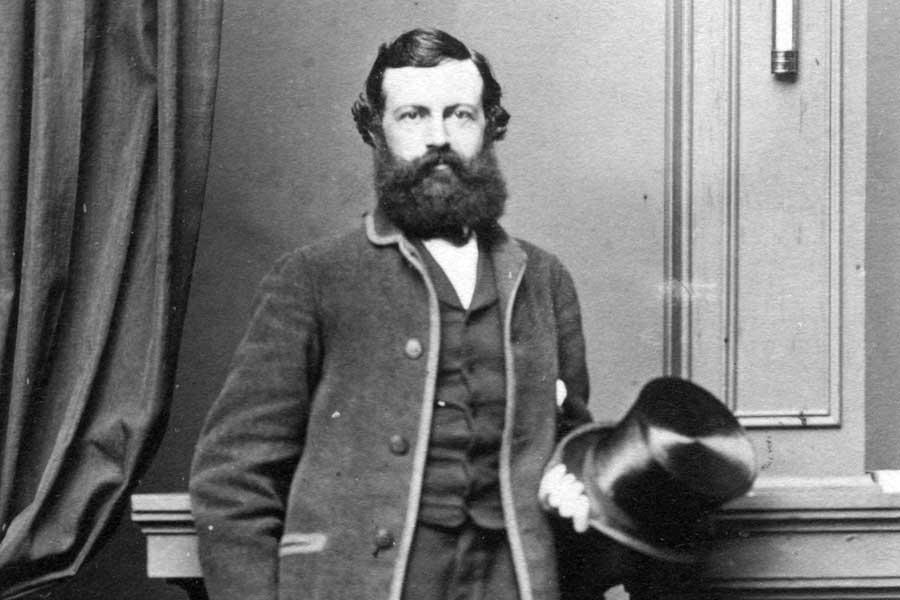 Anacortes founder Amos Bowman, in 1890, conceived an ambitious plan to fill Cap Sante basin with streets and industry. The newly incorporated Port of Anacortes, in 1927, also had a grand plan to develop the harbor with warehouses and rail and ship terminals, above left. Economic depressions doomed both visions. 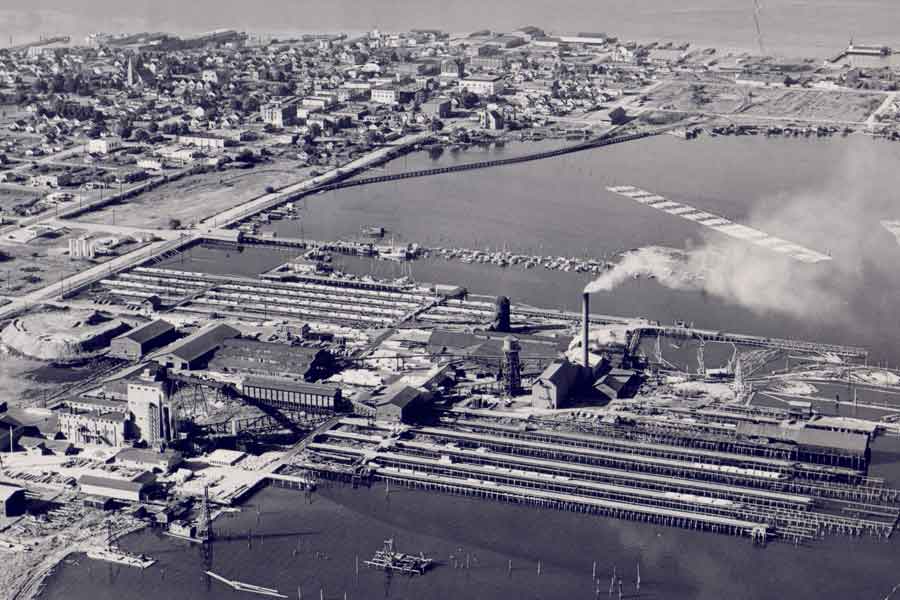 Shoreline development challenges coastlines everywhere. More than 25 percent (700 miles) of Washington's shoreline has been altered, eliminating over half of Puget Sound's coastal wetlands and damaging habitats essential to diverse plant and animal species. Shorelines that are properly designed and naturally functioning can protect marine habitats while benefitting residential and commercial properties, recreation, and scenic beauty.

If you were standing here before 1956, you'd be in the middle of a mudflat! Fidalgo Bay's wetlands stretched west beyond Commercial Avenue.